On The Baptist Generals‘ sophomore album, the word “heart” repeats eight*** times. The Denton, TX band, known for its haunting, claustrophobic take on drunken folk, needed eight years to bare its hearts—one of which is in the album title, Jackleg Devotional to the Heart, a name that songwriter Chris Flemmons conjured shortly after he recorded, and then trashed, the album’s first attempt in 2005.

Flemmons goes so far as to call this his “love album,” and it’s an apt description—though love through The Baptist Generals‘ eyes is plenty complicated. Jackleg’s hearts don’t resemble valentines. No smooth curls into a final point. The band’s vibraphones, guitarrons and ambient feedback combine like a mess of ventricles, aortas and veins—not to mention, from the sound of it, all of the blood spilled while Jackleg lurched for years toward an eventual finish line.

“After this bad accident, I wanna follow your scent, but you won’t answer my call,” Flemmons cries in the kick-down-the-door, Crazy Horse-loving opener of “Dog That Bit You.” And it’s hard to tell who he’s pleading with in this harpsichord-driven take on scorned love. Maybe himself.

For years, Flemmons did everything he could to avoid facing Jackleg, from hiding in his house to obsessing over out-of-town condo developers (long story). His biggest project, a successful music festival he founded called 35 Denton, kept him in the local spotlight, which meant he continued hearing plenty about his critically-acclaimed 2003 full-length debut No Silver/No Gold. The dog kept biting.

Which meant, eventually the songs won out.

Finally getting those on tape meant Flemmons needed to let go. A self-proclaimed control freak, Flemmons had to strike a deal before his band mates would try again. The Generals‘ integral cast of local, underappreciated experimental-folk heroes (who’ve played with St. Vincent, Mind Spiders, History at our Disposal, The War on Drugs, Robert Gomez, Stumptone, etc.) claimed control of the production, using Flemmons‘ demo versions as guidance once the songwriter left the studio. The master tapes remained under the vigilant watch of producer Stuart Sikes (Loretta Lynn, Cat Power, The Walkmen, Modest Mouse, The White Stripes), co-producer, collaborator and ally Jason Reimer and long-time Baptist Generals mainstay Peter Salisbury. Without all of whom, we might all still be long-awaiting a new Baptist Generals album.

While longtime fans continued making SMiLE jokes, Flemmons made the most of his reduced workload, even exploring new corners of sound for the band. “Turnunders and Overpasses” rides a rollicking, almost-krautrock acoustic guitar line into a collision of orchestral strokes and minor-key noise. As Flemmons wonders aloud, “I saw your colors flying over me,” high-pitched feedback fills the song’s empty spaces, like a cue out of Fantasia. Meanwhile, the noisy, kitchen-sink opening of “Floating” melts into Flemmons at his most comfortable and familiar: “I’ll go there once again, yes I was—will you hold my hand and dream with me?” he sings, his damaged, slightly nasal register dominating over only a acoustic guitar, as if he were still performing on Denton street corners in the late ’90s. “You look familiar—will you hold my hand and dream with me?” he continues, the song’s slightly askew poetry making way for a sad hello. Or a climactic goodbye.

“It might be saying a lot, or nothing at all,” Flemmons dryly says from his Denton home. That’s as close as he gets to explaining Jackleg’s lyrics—but he is willing to frame the songs in terms of love, and not just because of the bad relationships that inspired at least a few of its songs. Getting the record done meant having a “healthy relationship” with the tracks, which he reached by playing them over the years at intimate concerts powered solely by palm-sized amplifiers. Most of the current band mates were along for those rare gigs, which Flemmons attributes to eventually trusting them with producing this record.

Call it a love record, then. It’s the kind of love Flemmons had to figure out in the ten years since No Silver/No Gold, a period in which he admits he’s fallen in love with a wild spectrum of music—the Ethiopiques series, saxophonist Archie Shepp, film scorer Meredith Willson, and plenty more. That wide spectrum only befits Jackleg’s repeated need to buck genre; in fact, the 2005 version of the album hit the trash heap because “it sounded like any other indie rock-type band,” Flemmons admits. Yet when making sense of how that music has impacted him over such a long period, he returns to the heart. Specifically, he refers to studies about the heart by 16th century British researcher William Harvey.

“He wanted to understand the vascular system,” Flemmons says, “and it’s largely very dry reading. He was vivisecting mammals and speculating about valves in veins. But what was fascinating, considering he was commissioned by the King, was that he had ideas about the spirit and where exactly it resided: ‚You can’t see warmth in water, therefore very much the same with seeing the spirit in a living organism.‘ Occasionally I hear music that is so in sync with me, right down to the alpha level… surely it seeps in. What the conduit makes in the music I write is hard to say.” 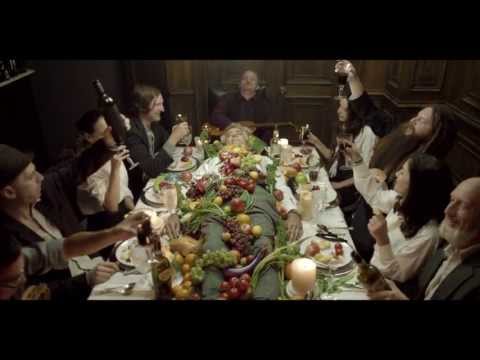